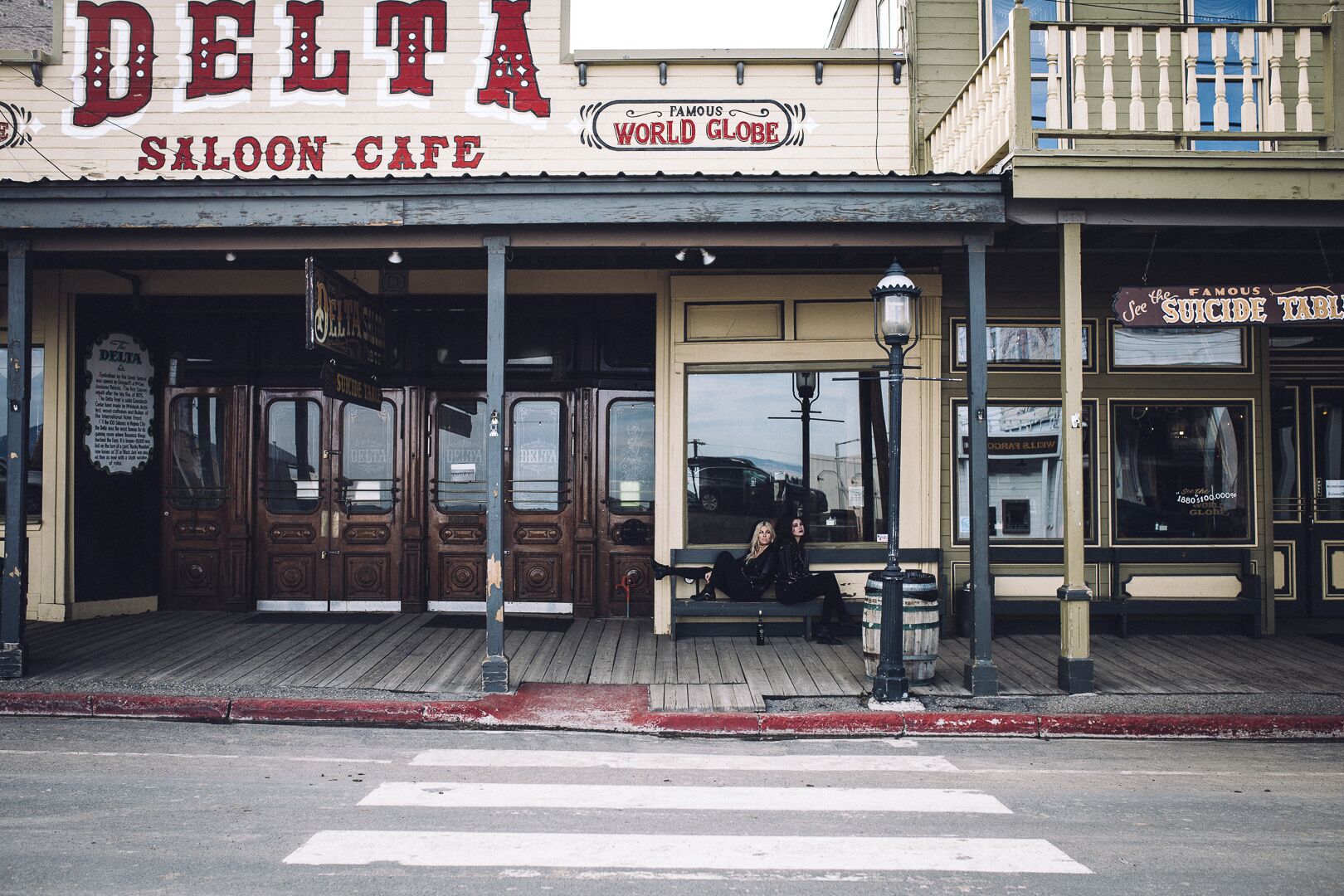 “To find a petrified man, or break a stranger’s leg, or cave an imaginary mine, or discover some dead Indians in a Gold Hill tunnel, or massacre a family at Dutch Nick’s, were feats and calamities that we never hesitated about devising when the public needed matters of thrilling interest for breakfast. The seemingly tranquil ENTERPRISE office was a ghastly factory of slaughter, mutilation and general destruction in those days.”

On a summer afternoon, with the heat swallowing grown men whole, like a killer whale come to claim it’s dinner, it’s on a high plateau of a dusty mountain in the Virginia range that one of the richest sums of silver was discovered: the Comstock Lode. Men rushed to Virginia City in the late 1800s, with grand hopes of wealth, prosperity, and a better life only to carve their way, instead, into a fascinating life of vice, greed, and death. Where their hope ends, the story begins.

The powerful, corrupt, and lawless all trapped in a narrow swath of land between a steep cliff to the east, a towering mountain peak to the west, and a silver mine underfoot that seemed to spring eternal wealth. Nowhere to escape, but the pleasures vice. Nearly 30,000 souls grieved the loss of their hope with 150 saloons, a prosperous red-light district, opium dens, fights, guns, and nearly everything the mind can imagine. The mysteries of the human psyche and the allure of complete inhibition are easily imagined here in Virginia City and serve a reason enough to attract the likes of Hopes End. They say you shouldn’t judge a book by its cover, but if it intrigues you, we say wander forth. The Bucket of Blood’s sinister name pulls us in every time. Slot machines, views of the Nevada desert, and enough antiques to erect a museum wait inside, as well as a healthy bar stocked with, amongst other beverages, a gin after the town’s name. Legend has it, gin was the only safe way to drink water back in the day. Cheers to the night that starts at the Bucket of Blood Saloon. Proudly we follow the footsteps of legends like Janis Joplin, The Grateful Dead, and Big Brother and the Holding Company through the doors at the Red Dog Saloon. Here we chase the wild and liberated spirit of the psychedelic music movement in the unlikely backdrop of Virginia City. Welcome to freedom, welcome to Red Dog Saloon.

The Delta Saloon via the Bonanza Saloon & Café

The volatile soul of Virginia City strikes again, this time victimizing the historic Delta Saloon. Just this year, March 2019, a “catastrophic explosion” destroyed much of the Delta Saloon. Explosions are not unfamiliar in the town’s history, nor devastation within the Saloon. The Delta housed the “Suicide Table”, a gambling table that wrecked the luck of several men and ultimately lead to their death by suicide. The table was protected in the recent explosion and now resides across the street at the Bonanza Saloon and Café, a haven…for now. The Delta insists it will be back to operations in no time, and if what they say about Virginia City is true, we believe the spirit of the saloon will never depart. If you travel to the coast, you’d be missing out if you didn’t see water. If you travel to Virginia City, you’d be missing out if you didn’t see the cemetery. Situated on the edge of town, with views so vast, you’d swear to see Utah, the cemetery is a chilling mix of beauty and death that grounds the Virginia City visitor in the true essence of the historic town. Vast hope and possibility spread out in landscape before you, but the call of vice and mortality cementing you to the town. It’s hard to imagine a town that now houses less than 1000 people used to pull in talent from around the globe, but Piper’s Opera House is a standing testament to the grandiose nature of Virginia City during its prime. In fitting with the intriguing and creepy nature of Virginia City, the Opera House puts on an annual rendition of Tim Burton’s “Nightmare Before Christmas” show. A dark past is uncovered to those who seek Virginia City’s “Millionaire’s Club”. A not-so-gentle man of status could find himself winding up the spiral staircase that connected the bar to the brothel on an average night. Swayed by a few gins, he might find more than he was looking for…The Old Washoe Club had its share of deaths, missing prostitutes, and bodies stored in a large freezer called “The Crypt”. Do you dare…? The gritty charm of Virginia City is why the Gold Hill Hotel is a fitting place for a night’s rest (or adventures). History is damn near tangible at this hotel, from the uneven, squeaky floorboards and stone walls to the inescapable cold, dark nooks and crannies. There have been both riotous and fatal occasions during this establishment’s long life as a rooming house, private residence, bar, brothel, and period of abandonment. Although it sits away from the heat of the main street, you won’t feel removed from the excitement. Often, wild horses can be seen roaming the hills and after a bold red at the hotel’s preserved saloon, our wild souls might just join them. Authenticity wears no name better in Virginia City than that of the Silver Queen Hotel. Restored, but not washed of its wild history. This hotel is said by many to be the most haunted place within the town. There’s no televisions in the rooms, but you won’t miss out on entertainment. Footsteps on wooden floors (even though the hotel is carpeted), wild growls, rattling door knobs, disembodied voices, and sightings of a gal named Rosie will keep you occupied during the night.