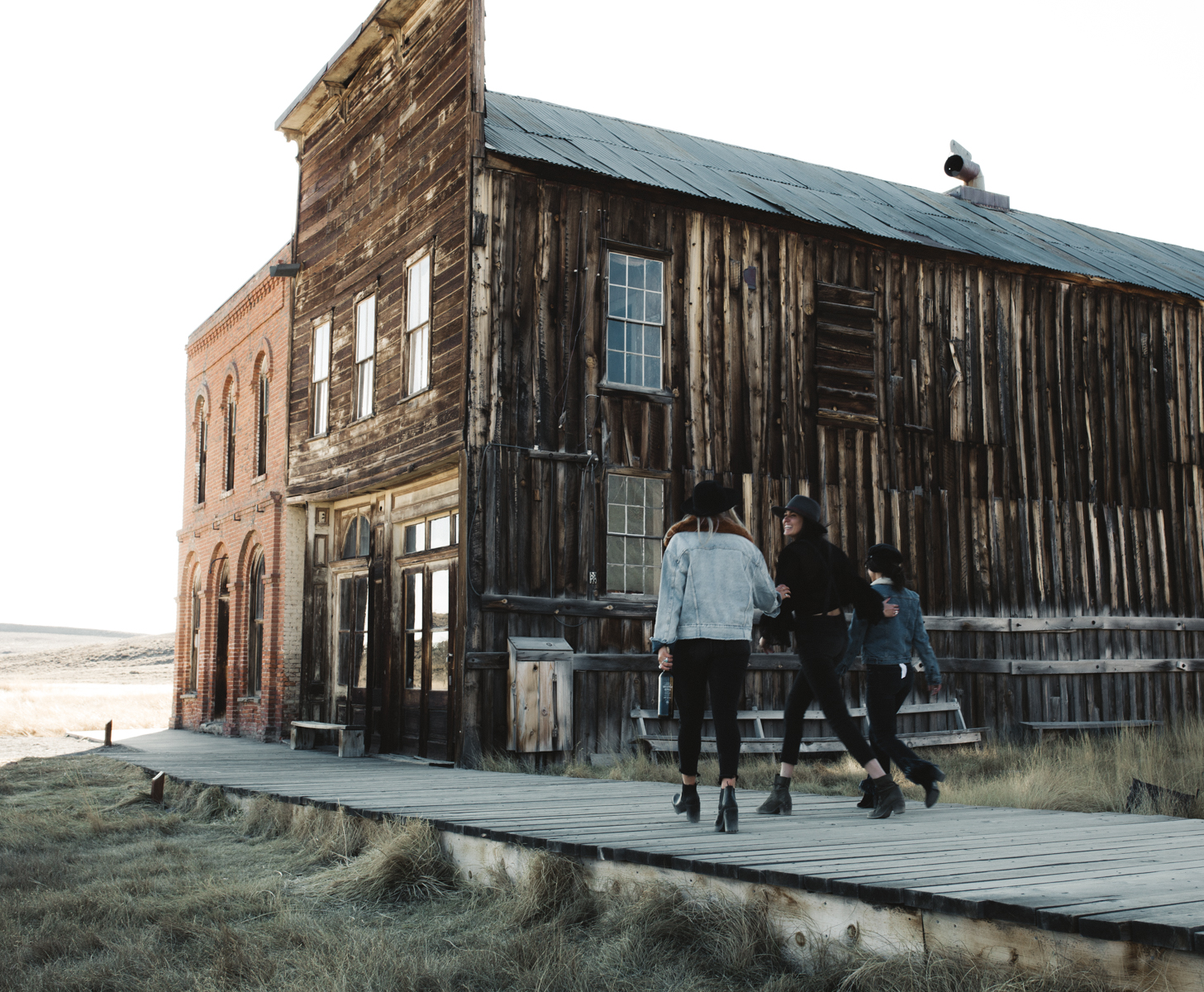 “Goodbye God! We are going to Bodie.” – excerpt from Grant H. Smith’s Bodie: The last of the old-time mining camps.

Hopes End heard the stories from Bodie, California and we couldn’t resist seeing it for ourselves. The serene and quiet two lane highway leading up to the gates of the abandoned town did not reveal the horrific legends on the other side. It’s surprising what secrets this world holds…always just minutes from our perception. When we drove into the abandoned town, the air shifted. The towering mountain that protected the highway we were just on gave way to an open land, forcing the sun’s heat upon us. Tall, dry grasses surrounded the building as nature started its reclaiming process. What does a ghost town look like to you? From a distance, there could be no distinction between a mid-western farm and this ghostly town. On closer inspection, Bodie looked like the set to a Spaghetti Western…yet it sits hundreds of miles away from Hollywood. The façade of the once bustling town was preserved in its 1800s fashion as if someone recently planted it there – red brick and dark wood, decorated with thin paned glass windows and roofs that withstood countless snowfalls and thunderstorms. Sturdy enough to survive. Sturdy enough to pause and enjoy a bottle of wine. The interior of the buildings revealed the authenticity of this abandoned town. Walking through them, we paused at dust coated pool tables and ripped wallpaper. Everyday objects were left in their place, as if the residents were planning on returning for dinner. What was once a person’s home, decorated with pride and security, was now a dilapidated museum. The intoxicating smell of life once lived danced about us. It invoked wonder, what really happened to you Bodie? We learned of William Bodey, the town’s namesake, and his discovery of gold in 1859. The late 1800s was a great time of hope and despair in California – strike it rich, or die for the vanity of precious metals. Many met both fates. Bodie seemed different, though. In a few short years, the town was mining over $18 million in precious metals (over a billion adjusted to today’s inflation), according to California State’s official Mineralogist report in 1888. People flocked, dazzled by the hope and the seeming insurance of great wealth. With the township and money came every imaginable vice: prostitution, gambling, drink, drugs, stage robbers, gun-fighting, and whatever went on behind closed doors. In his 1925 book, Bodie: The last of the old-time mining camps, Grant H. Smith says, “in its day, Bodie was more widely known for its lawlessness than for its riches.” Eventually succumbing to dry mines and fire, Bodie became what we see now: sentenced to spend eternity in a state of “arrested decay”. Though the buildings are decaying, the legions of Bodie have not been halted. Many who wonder here complain of encounters with those beyond the dead. It is said that the soul of a miner killed in a Lent Shaft explosion can still be heard working. When the mine was disturbed by a Ranger, an annoyed voice drifted back a “hey you!” Countless more encounters have been reported; each building with a new story to tell. The brave will seek out the town’s two cemeteries, one reserved for the respectable citizens, one left for the outcast, unsavory, and derelict characters of Bodie. Would you be so brave? The most haunting encounters are from beyond Bodie. It is said that great misfortune falls on visitors who steal items from the town. The phenomena so great, the California Department of Parks and Recreation itself issued a warning. One visitor sent this letter to Parks staff at Bodie: “Please find enclosed one weather-beaten old shoe. The shoe was removed from Bodie during the month of August 1978… My trail of misfortune is so long and depressing it can’t be listed here.”

We were delighted by the history and spooked by the bones of the town. On a journey with hope for a better life, the residents of Bodie instead arrived at a place much like Port Misery, Australia: a place of lawlessness, low morals and high vice, far from the promising new beginnings they sought. They met Hopes End.